The talk will be held in Italian language

In addition to light pollution, now satellites threaten the vision of the starry sky also.

The advent of urban lighting with LED lights - with low energy consumption, but with a very high impact on the environment - has made it increasingly difficult to protect the locations from which to enjoy the wonder of the night sky. In addition to the light pollution, there is now the interference of the mega constellations of telecommunication satellites. It is estimated that in a few years more than one hundred thousand satellites will orbit the Earth in orbits between 400 and 1200 km. Many of these satellites will be visible to the naked eye for most of the night and all of them will appear with the images collected by the astronomers' telescopes. The conference will illustrate the problem and the measures that the International Astronomical Union (IAU) is taking to limit the damage to the vision of the sky, cultural and scientific heritage of humanity. 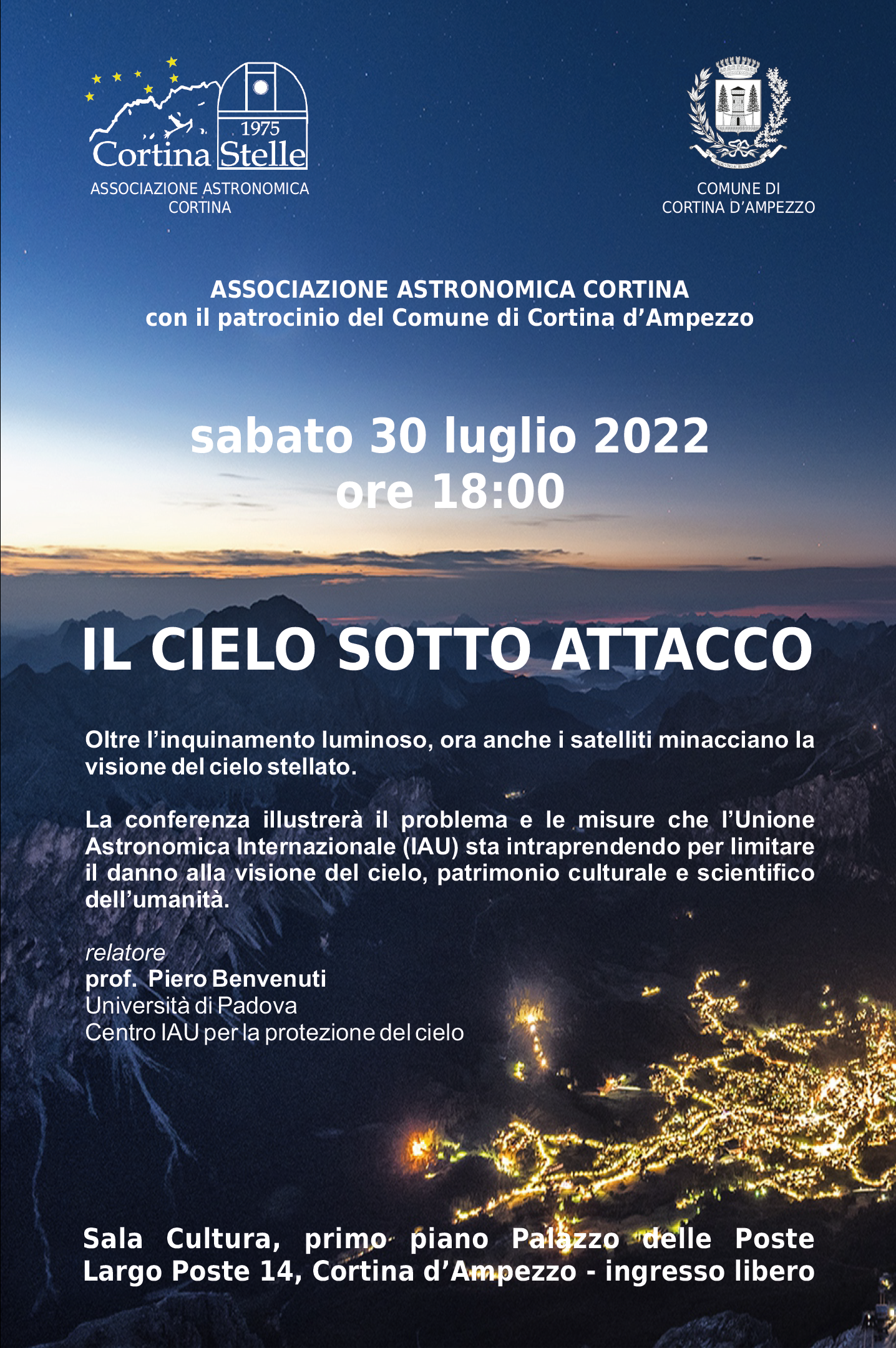