The photo is almost a quarter of a century old, but for NASA experts, accustomed to sidereal times, these 24 years must seem like a flap of wings if they still reward, and for the ninth time, the image of the comet Hale-Bopp taken from the Valparola pass in 1997 by Alessandro Dimai.

The image portrays the comet Hale-Bopp (C /1995 O1) in a sky full of stars, surrounded by some Dolomite peaks, while it seems to move away from the Earth on its long journey towards the most remote areas of the Solar System , from where it will return to visit us again only in 2000 years, more precisely in 4385.

For the members of the Cortina Astronomical Association, the suggestion is even stronger and more vivid because the author of this award-winning image, Alessandro Dimai, is no longer with us.

Today's APOD - Astronomical Picture of the Day is available here. 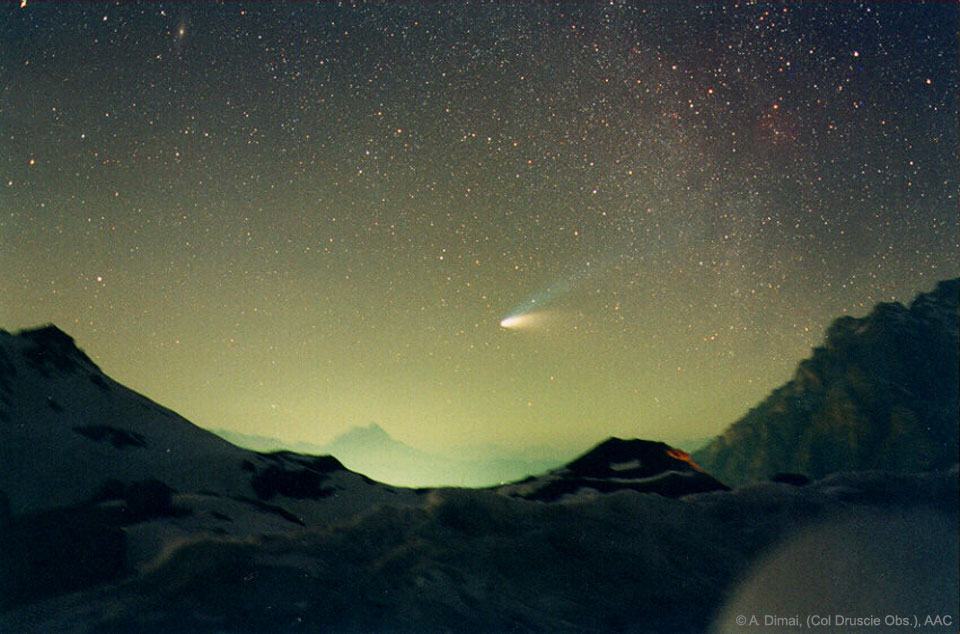