Yesterday the NASA Astronomy Picture of The Day (APOD) website published this spectacular photo taken by Alessandra Masi, a member of the Cortina Astronomical Association, which captures the phenomenon of the lunar corona observed together with the conjunction between Jupiter and Saturn last 17 December 2020 above Pieve di Cadore. 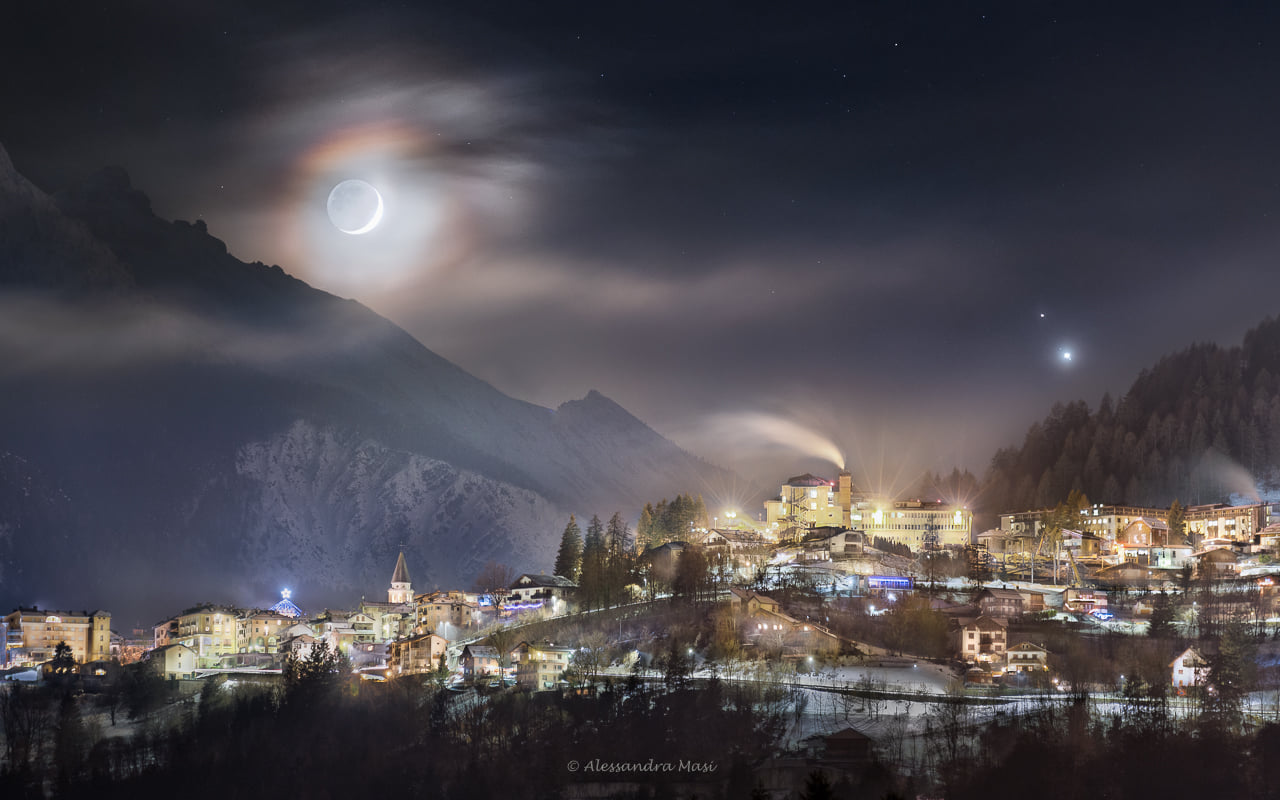 Why does a cloudy moon sometimes appear colorful? The effect, called a lunar corona, is created by the quantum mechanical diffraction of light around individual, similarly-sized water droplets in an intervening but mostly-transparent cloud. Since the light of different colors has different wavelengths, each color diffracts differently. Lunar Coronae are one of the few quantum mechanical color effects that can be easily seen with the unaided eye (solar coronae are also sometimes evident).

The featured composite image was captured a few days before the great conjunction between Saturn and Jupiter last month. In the foreground, the Italian village of Pieve di Cadore is visible in front of the Sfornioi Mountains.