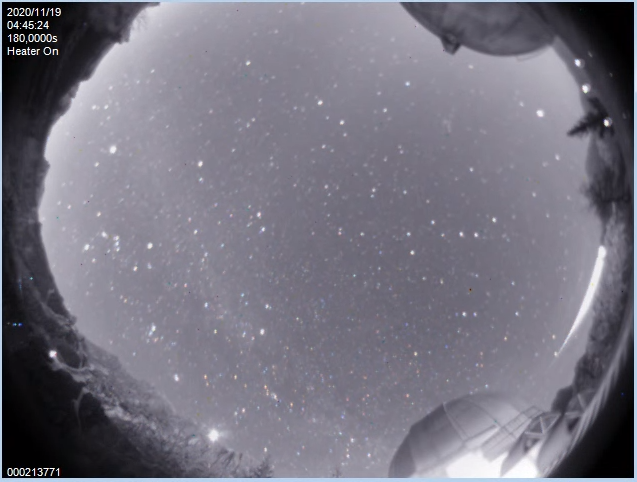 A bright fireball crossed the sky of north-eastern Italy on the morning of November 19, 2020, The fireball was taken from the "allsky" camera installed at the Col Drusciè Astronomical Observatory in Cortina d'Ampezzo!

☄️ The fireball crossed the sky low on the horizon from north to east, at 4:47 am on November 19, 2020.
p.s. it is the white light trail at the bottom right of the image.

The fireballs are particularly bright and spectacular meteors (also called shooting stars - the visible trace of the fragments entering the earth's atmosphere with a high speed) that can be easily seen even during the day from a large region.